A Collection of Stories from Life Behind Bars 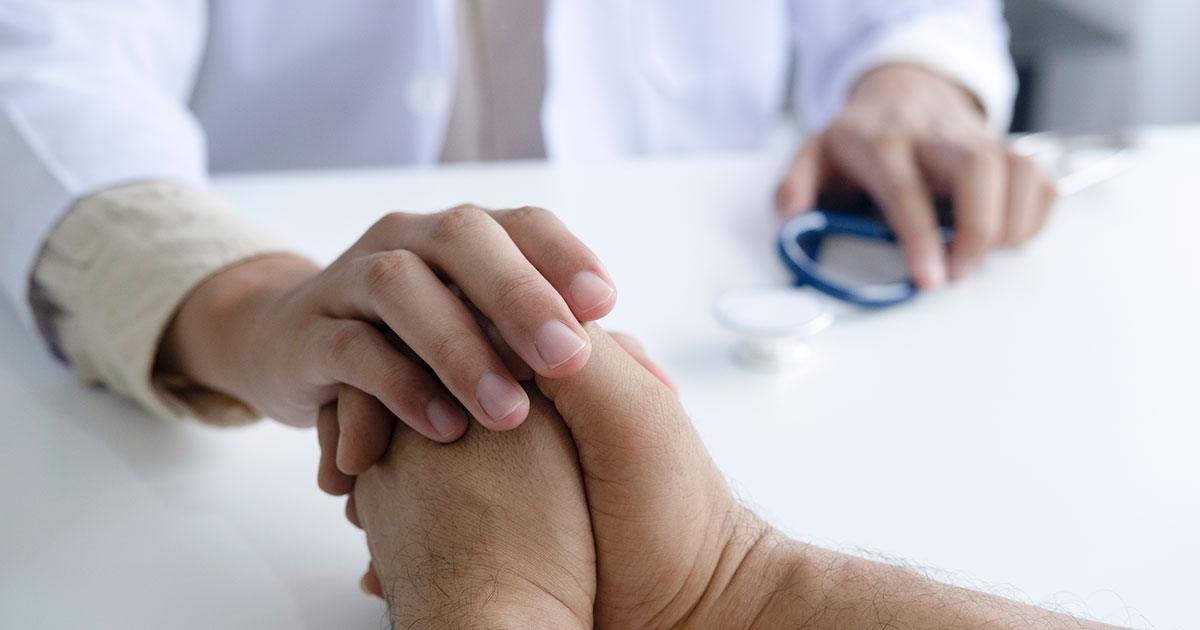 When I began working with a LocumTenens.com recruiter to find the right assignment, I wasn’t sure I would be able to embrace working in a prison. I am grateful that I gave it a chance. I hope by sharing a few of my patient experiences, you will be encouraged to give it a try, too.

I am double board certified in Geriatrics and Internal Medicine. Prior to joining LocumTenens.com, I worked for two decades in the VA system. On deciding to try out an assignment at a prison and interviewing with the medical staff there to assure that I was a good fit for their needs, I had a call with the medical director. I had a million questions, but the first on my mind was, “Is it safe?” The medical director put my mind at ease by describing the many measures that are taken including physical barriers, protocols around which belongings to leave outside of the prison walls, procedures for maintaining order and safety, and custody support while taking care of patients. Once I had asked all the questions I could think of, we agreed to meet and begin my orientation. I had more security and safety training as well as orientation and mentorship by the staff I was joining. Probably the biggest difference I would say between the VA and prison is the locked gates that you go through in the morning. Once you are in the clinic, many of the procedures and policies are very structured and similar to any other clinical setting. There is a guidance book that describes allowed services, you code your encounters, and you are expected to give the best care possible for each patient.

Here are the stories of three lives I have had the privilege to improve so far in my time “behind bars.”

Mr. B is a 56-year-old man from Dominican Republic. On the first day I met him, he was in the trauma bay suffering from an injury inflicted by another incarcerated person picking up a chair and hitting him with it. He looked and felt rough. After determining that none of his injuries were life threatening, I admitted him to the observation unit and let him rest. I told him that his injuries would be painful but that we would help him with that pain. Later that day when I had a gap between other patients, I returned to Mr. B to see how he was doing. He said, “You know, Doc, I feel like I got hit by a train but the meds you’re giving me help.” We talked for about 20 minutes about life and things better than laying in a bed, injured as he was. I could tell he was tired and told him I’d let him rest but come check on him in the morning. I reminded him that the nurses were here to help and would be there overnight. He thanked me. Each morning on seeing Mr. B, I could tell that he was improving little by little.

On the fourth morning of my rounds, he finally felt good enough to discharge back to his living unit. As he left the observation unit, he thanked me, and I told him I’d see him back for a follow up in a few weeks. In two weeks, Mr. B presented for his follow up appointment. I came around the corner to the waiting room and saw how obviously improved his status was. He had a smile from ear to ear and said, “Hey Doc! Look at me. No limping. I feel better!” I said, “You look great, Mr. B!” He opened his arms wide and kind of twirled from side to side, then in his booming Dominican voice said, “I should be great! It’s my BURF-day!” We both laughed out loud, and I said, “Wonderful! Happy birthday. Health is your gift!” His follow up appointment went really well. What I’ll remember is his humanity. He was a man who was celebrating his birthday. Prison walls were invisible in that moment and I was celebrating with him.

My second case that demonstrates how great correctional medicine and how pivotal our intervention can be was a new intake to the prison. Mr. R was a 23-year-old man who had, per his telling, had “one wild night” and somehow ended up here. He was not eating because he had an anaphylactic soy allergy and he’d not been able to determine the ingredients in the meals. He was scared to trigger an event. After being told that we really didn’t have a “soy free” diet, I called the prison nutritionist. Yes, they have a nutritionist. I asked if he would be able to help determine a menu that would meet this man’s medical needs. He said, “Let’s interview him together and determine the right path.” I called Mr. R in for an appointment and had a teleconference with the nutritionist. We, together, were able to solve this man’s dilemma so that he could eat and maintain his health.

The next time I saw him, he had contracted COVID. He was actually doing extremely well. I like to think the fact that we had decent nutrition in place helped to fortify him to fight off the virus. I’ll remember the fear Mr. R had that I was able to calm by a pretty simple interaction. One thing he said to me was, “Thanks for caring and thanks for helping me.” Gratitude is wonderful – even behind bars.

As a geriatrician, I wouldn’t be satisfied not telling you at least one story about an elderly patient. Mr. M was 89 years old. He lived in the prison nursing home. Yes, they have one of those. Mr. M had been in prison for a long time. He had built up a reputation with the nurses as “everyone’s favorite”. One day, just as COVID started to hit, Mr. M told the nurse that he was having chest pain. He was a full code. I rushed in to see him and we did all the appropriate primary survey and assessment things. I suspected that he might have been having a heart attack. As the nurse helped the emergency medical personnel navigate in, I sat with Mr. M. He told me about his life and his wife. He said, “We were the happiest couple in the world.” I didn’t ask if she was still living because it seemed obvious to me that she probably wasn’t and I didn’t want to surface any sadness for him.  The nurse peeked her head into his room and let us know it would be 10 more minutes for the ambulance to arrive. I turned to Mr. M and said, “I’ll be right here. Don’t worry.” As we sat together, he asked me to pull out a particular envelope from his desk and open it. Inside was a picture of him and his wife. They must have been in their 20’s and their eyes were full of youth and promise. I said, “Is this who I think it is?” He said, “Yes. Isn’t she a beauty?” We agreed that his wife was the most beautiful person on the planet, and he proceeded to tell me about his life prior to incarceration. I could tell he was feeling a bit better. By the time the ambulance arrived, he was wasn’t sure he needed to go but I asked that he go into the emergency department to fully rule out a heart attack. He agreed.

He stayed that afternoon and was back the following morning. When I went in his room for rounds, I asked him how it went. He said, “You know, Doc, I’m getting up there in years. My family are all gone. I don’t think I need any more trips like that.” I joked with him a bit about the beautiful scenery from the back of an ambulance, but I could tell he was serious. I straightened up and asked him if he wanted to change his code status and instructions. Together we filled out a new physician’s order for life sustaining treatment, aka a POLST form, a legal document that would protect his right not to have attempted resuscitation and not to be taken to the hospital. In my time working in the unit, it was my privilege to provide hospice services to Mr. M. He died peacefully with us, surrounded by people who cared about him. Our chaplains had a memorial service. One woman sang “Amazing Grace” and several of the staff, including his favorite doctor, cried.

Thankfully, these stories are just the beginning. Through my connection with LocumTenens.com, I have been able to secure permanent employment in a corrections setting. I am happy and looking forward to the adventure of many more years behind the bars. 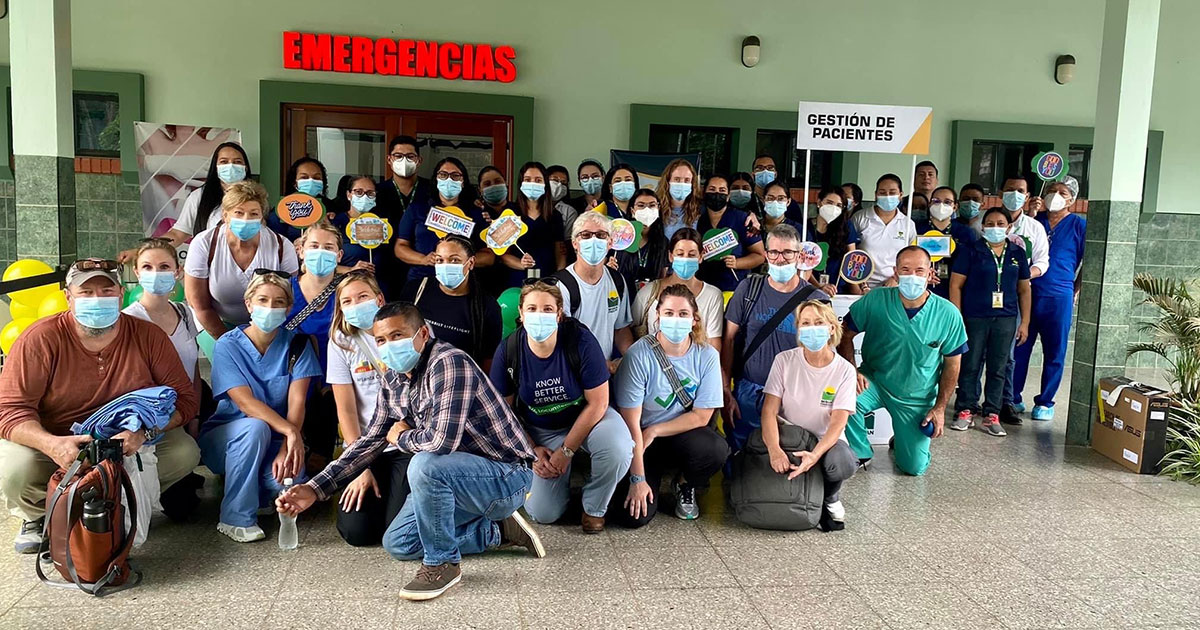 Serving through Medicine: My Experience on a Medical Mission in Honduras

It Starts with Trust: How to Improve the Physician-Administrator Relationship